Constraint-Induced Movement Therapy for children with cerebral palsy: Is there an impact on brain activity?

What is Constraint Induced Movement Therapy?

Constraint induced movement therapy (CIMT) is a therapy approach program which aims to improve the hand and arm use of children with hemiplegia (that is, weakness on one side of the body). Children with hemiplegia often use their uninvolved or less affected arm to do activities, making it difficult for them to do things that require two hands. CIMT uses a cast or splint to physically constrain the uninvolved arm and encourage them to use the more involved or affected arm. This type of therapy has been successful in children with hemiplegic cerebral palsy (CP). More information about CIMT is available on the CP-NET website. 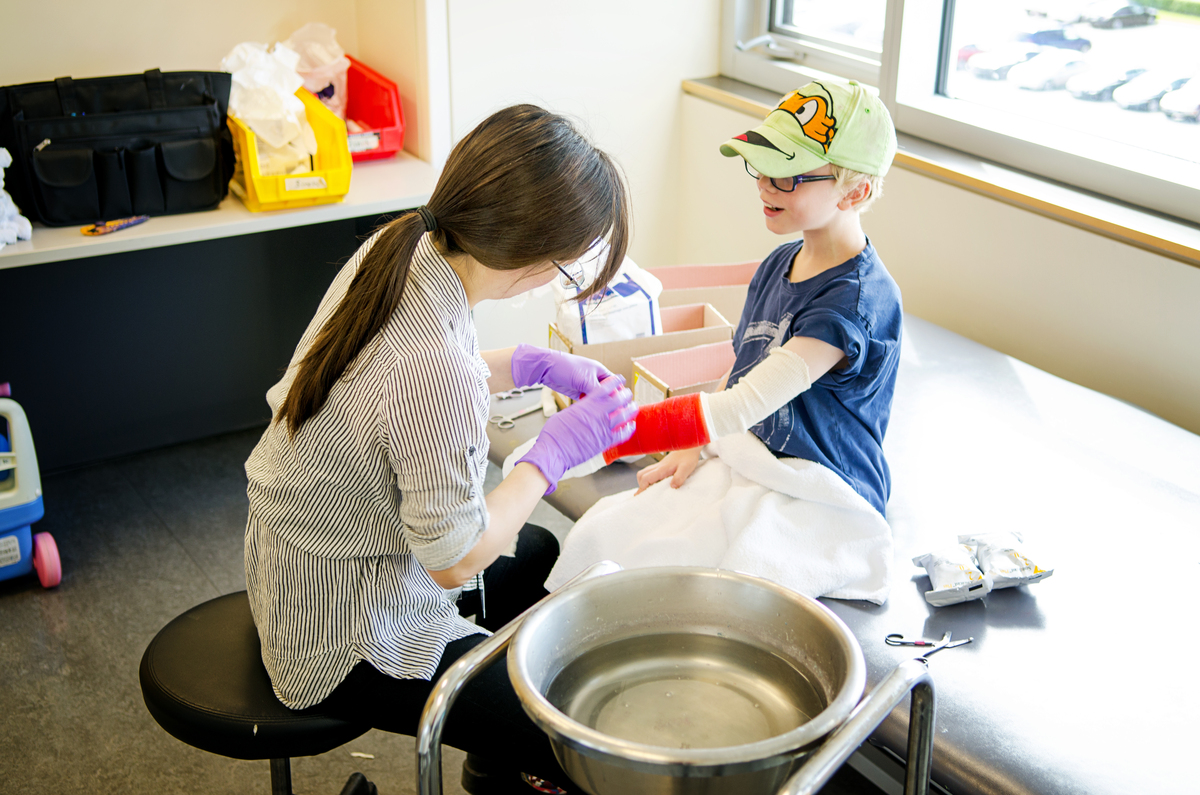 What is the purpose of this study?

Although CIMT has been shown to have a positive effect on function, researchers and physicians need to understand why it works and how this therapy can best benefit children with CP. Children with hemiplegic CP often have an imbalance in brain activity between the left and right sides of the brain. Typically, the affected side of the brain has less activity as compared to the unaffected side.  This study aimed to determine if, by providing CIMT to children with hemiplegia, activity in the sensory and motor areas of the affected side of the brain are activated and whether this activity remains six months after treatment.

How did the research team go about answering the question?

This study used a brain imaging technique called functional MRI (fMRI) to measure brain activity.  During the fMRI, the children were asked to lie still with their eyes closed, but not fall asleep. This type of fMRI, called “resting state fMRI”, was used because images and data are easier to collect and read when children are still, and images are not affected by the child’s ability to do an activity. The researchers also used other assessments of performance and hand/arm function to determine whether there were functional changes on the affected side and compared these findings to the brain images.

A total of 11 children/youth, ages 6 to 18 years, with hemiplegic CP participated in this study. Researchers split participants into two groups, one that received the CIMT (the “treatment group”) and one that did not (the “control group”).  Seven participants were in the treatment group and four were in the control group. All of the participants had fairly good gross motor and fine motor function, and were rated as Level I on both the Gross Motor Classification System (GMFCS) and the Manual Ability Classification System (MACS). 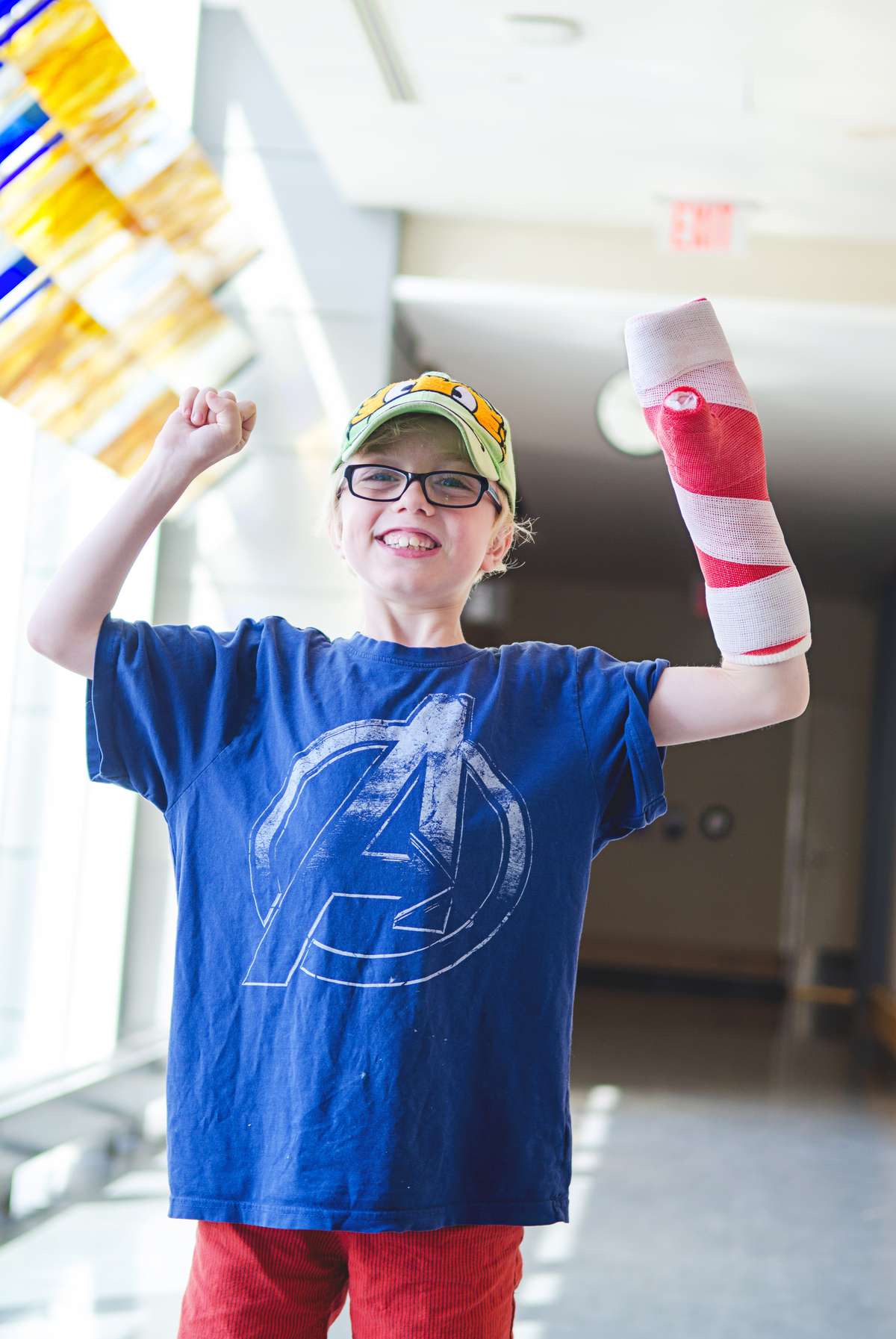 The “treatment group” followed a three-week intervention protocol that included wearing a non-removable, below-the-elbow cast on the uninvolved or less affected arm for one week, followed by a two week CIMT camp.  At the camp, children wore a removable cast for the majority of the first week and one hour/day during the second week. They worked with an occupational therapist 4 hours a day during the camp, for a total of 40 hours.

Both groups had an fMRI and other assessments completed at baseline (one to four days before the intervention for those receiving CIMT) and one month later.  The group receiving CIMT also had imaging/assessments done six months after the first assessment.

What did researchers learn?

Before the CIMT intervention both groups had similar patterns of brain activity. The sensorimotor resting state network was composed of regions of activity on the unaffected side and smaller or in some cases no activity on the affected side, with decreased connectivity between the two sides of the brain.  In the group of children that received CIMT, the sensory and motor brain activity, as measured by fMRI, on the affected side of the brain was significantly improved and this improvement continued 6 months after treatment ended.  These changes were also associated with improved performance and use of their affected hand/arm, as measured by standard clinical assessments. The control group had no changes, allowing the researchers to conclude that the changes were due to the therapy not typical development.

Through this study, we have learned that CIMT helps to rebalance/improve brain activity and increase function in the affected side of the brain. This new finding adds to our understanding of how and why CIMT works and provides further evidence of the neural mechanisms that support this therapy.

Due to the small number of participants, the researchers would like to do a study with more participants to confirm the results and expand knowledge about CIMT therapy. They would also like to look at how different areas (not just sensory and motor) of the brain are affected by CIMT.

For a full account of this research study, please refer to:

We would like to thank Julia Hanes for her assistance in the development of this 'In Brief'. Special thanks to Danijela Grahovac and Connie Putterman for critically reviewing this document.

Constraint-Induced Movement Therapy for children with cerebral palsy: Is there an impact on brain activity?