Although it has been suggested that adolescents with cerebral palsy (CP) may experience loss of function following puberty, little research evidence exists to support this claim. The Ontario Motor Growth Study (1996-2001) followed a cohort of over 650 children with CP to create motor development curves; the ASQME Study (2002-2007) followed some of these same young people as adolescents to assess patterns of activity, forms of mobility and factors associated with changes of function specific to adolescence. Over 300 adolescents and their parents participated in annual assessments for four years, providing unique information on maturation in one of the more prevalent developmental disabilities of childhood. While we used mainly standardized questionnaires and assessment protocols to collect data about factors that the researchers felt were relevant, we also included a qualitative component to the study that allowed us to ask (or ASQ!) a subgroup of adolescents for some self-generated feedback about themselves and their goals. This study provides valuable insight into secondary prevention and health promotion in adolescents with CP.

"If I knew then what I know now"...Parents' Reflections on Raising Children with Cerebral Palsy

We thank the Ontario Association of Children’s Rehabilitation Services (OACRS), CanChild’s longstanding partner, and the physiotherapists and occupational therapists throughout Ontario who completed the assessments. We extend a special thanks to the youth and families who participated in our research! 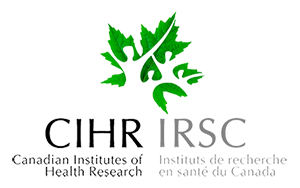