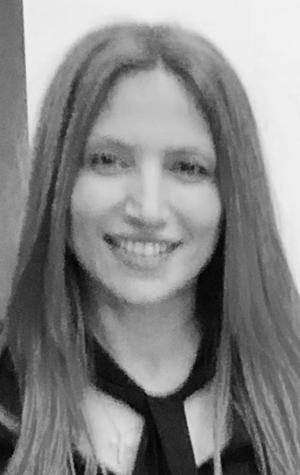 Diana Tajik-Parvinchi completed her PhD in the “Brain Behaviour and the Cognitive Sciences” area in Psychology at York University in 2012. Her PhD work was focused on eye movement patterns in children with Tourette Syndrome (TS) and its comorbid conditions of Attention Deficit Hyperactivity disorder (ADHD) and Obsessive Compulsive Disorder (OCD). Following her graduate work, she was awarded an NSERC supported visiting fellowship at Defence Research Development Canada-Toronto (DRDC-Toronto) where she explored cognitive ability of healthy adults. She completed six months of this fellowship prior to relocating to SickKids Hospital, where she took lead on a private/public-initiated project between a commercial partner, the Ontario Brain Institute (OBI), and SickKids Hospital. The major aim of her research at SickKids was to apply cognitive training methods to develop a software-based intervention program for children with ADHD.

In August of 2014 she was awarded the Lawson fellowship at McMaster University, where she began her work in functional imaging in neurodevelopmental disorders including autism spectrum disorder (ASD). In January of 2016 she joined the CP-NET as a post-doctoral fellow. Her work at CP-NET focused on research concerning the relationship between brain structures, function, and cognition in adolescents and adults with cerebral palsy (CP).

From 2017-2019, Dr. Parvinchi worked at York University with Dr. Jonathan Weiss with her primary endeavour focused on the delivery and supervision of a large CIHR funded randomized clinical trials (RCT) on a CBT based emotion regulation intervention. Currently, she is leading a project at CanChild with Dr. Briano DiRezze and Dr. Peter Rosenbaum on establishing the validity of the Autism Classification System of Functioning: Social Communication (ACSF:SC) in children and youth with autism.

Brain plasticity and how knowledge from this line of research can be translated to design and develop intervention programs for individuals with neurodevelopmental disorders.