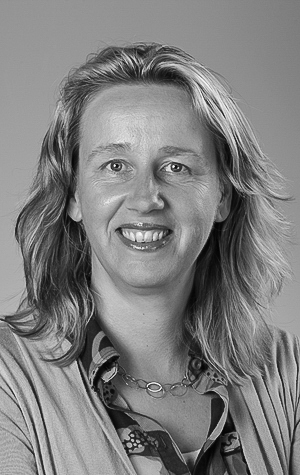 Marian Jongmans initially studied Human Movement Sciences at VU University in Amsterdam. Following her graduation, she conducted doctoral research at the Institute of Education (University College London, UK) focusing on the relationship between brain damage in the neonatal period and motor, cognitive and social-emotional development at primary school age of preterm born children. After receiving her PhD, she worked as a research fellow at the University of Bristol (UK) as part of a large prospective epidemiological health study (Avon Longitudinal Study of Parents And Children; ALSPAC) studying young children with an increased risk for developmental disabilities.

Back in the Netherlands, she worked as a lecturer in child and adolescent psychology at Tilburg University with a focus on the development of preterm born infants and motor problems that children with Developmental Coordination Disorder (DCD) experience in daily life at home and school.

In 2001 she moved to Utrecht University as a professor of Special Education in combination with a research fellow post at the department of Neonatology of the Wilhelmina Children's hospital (University Medical Centre Utrecht; UMCU).

During the period 2007-2010 she trained as a health psychologist at the department of Medical Psychology while at the same time occupying a chair in Pediatric Psychology at the Wilhelmina Children's Hospital (UMCU).

As of January 2018, she combines a post as Associate Dean and Director of Graduate Education of the Faculty of Social and Behavioural Sciences at Utrecht University with clinical responsibilities as a health psychologist at the Department of Neonatology, Wilhelmina Children's Hospital (UMCU).

Parenting and development of young children (0-6 years) with (or at risk for) a developmental disability or chronic illness.